A simple way of prioritising who to strike trade deals with is to ask where we export goods. The circles on this chart represent exports to EU and non-EU destinations, and I've made the top 5 darker than the rest. The US is by far the most important destination for UK goods exports. But if you could only strike 5 quick trade deals only one would be outside the EU: following Washington the next trade deals should be with Germany, France, the Netherlands and Republic of Ireland. 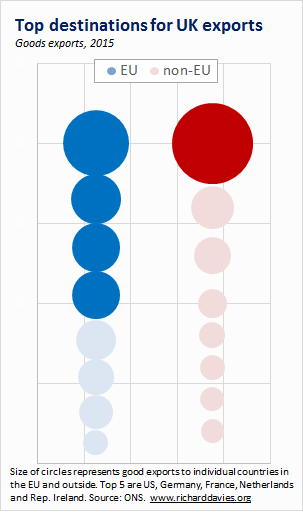